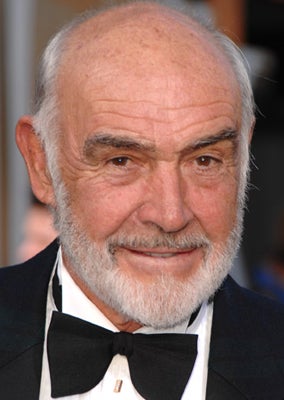 Sean Connery was born on August 25, 1930 in Edinburgh, Scotland. In 1953, Sean competed in a Mr. Universe competition, where he finished third, and met a fellow competitor who thought he should try out for an acting role in a production of South Pacific, which led to his future work as an actor. Sean's breakthrough role came in 1962 when he played the British spy James Bond in the first film, Dr. No. Sean would go on to do a total of seven James Bond films before leaving the franchise.

After leaving the Bond franchise behind, Sean would go on to star in many different and varied films, such as Highlander, Indiana Jones and the Last Crusade, The Rock, Entrapment and Finding Forrester. In 1987, Sean received an Oscar for Best Supporting Actor for his work in the film The Untouchables. Sean has been noted for using his own Scottish accent in all of his films. This caused some controversy when he won the Oscar for The Untouchables as he retained his accent though he was playing an Irish-American cop.

Sean's more recent notable films include First Knight (1995), The Rock 1996, Entrapment (1999) and The League of Extraordinary Gentlemen (2003). Sean also voiced the main character in the 2006 animated film Sir Billi the Vet. He was also used for the video game From Russia with Love, based on the film of the same name. On 25 August 2008, his 78th birthday, Connery unveiled his autobiography Being a Scot, which he co-wrote with long-time friend Murray Grigor.