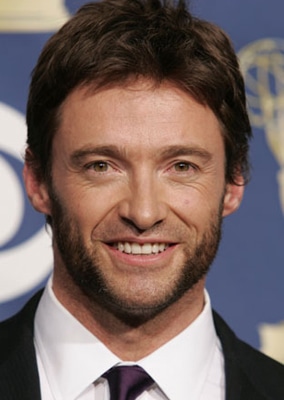 Born in Sydney, Australia in 1968, Hugh Jackman didn’t begin his acting career in earnest until his mid-twenties when he began appear in Australian television programs.

He became known outside of Australia in 1998 after appear in the leading role of Curly in the Royal National Theatre's acclaimed stage production of Oklahoma! in the West End of London.

Jackman became an instant Hollywood star with the release of 2000’s X-Men. The actor was a late addition to the cast of the comic book adaptation after Dougray Scott was unable to play Wolverine due to a scheduling conflict. Jackman later reprised the role of Wolverine in 2003's X2, and 2006's X-Men: The Last Stand.

He was nominated for a Golden Globe for his performance in 2001’s Kate & Leopold, in which he starred opposite Meg Ryan.

Jackman joined his assistant John Palermo to create a production company, Seed Productions in 2005 -- their first project being the X-Men spin-off, Wolverine.

In 2006, he was cast to replace Russell Crowe in Baz Luhrmann's Australia, opposite Nicole Kidman.

Jackman, who is also a strong singer and accomplished stage performance, won a Tony Award for his role in The Boy From Oz, as well as an Emmy for his performance at the 58th Annual Tony Awards.