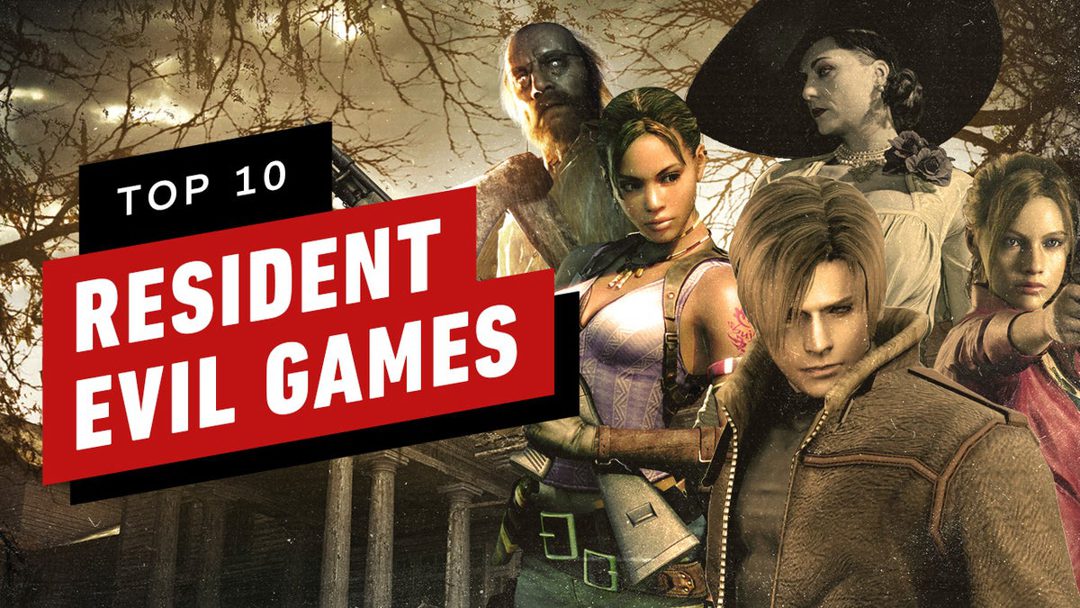 Resident Evil is a tough series to create a list for. At times horrifying, frustrating, and drenched in camp in equal measure, the series is so prolific that you can find both genre-defining masterpieces and forgettable misfires sporting the RE name. It’s a series so foundational to the growth of video games and we as gamers that quirks some may find charming and nostalgic can make certain titles simply painful for the rest of the fanbase. But make no mistake about it, the joy of working in volume is that there’s a Resident Evil game for everyone. So with that said, here’s our list of the 10 best Resident Evil games.

For our criteria, we took into account our overall opinion on the quality of the games, the ease of access to play them today, and their importance to the video game industry overall. 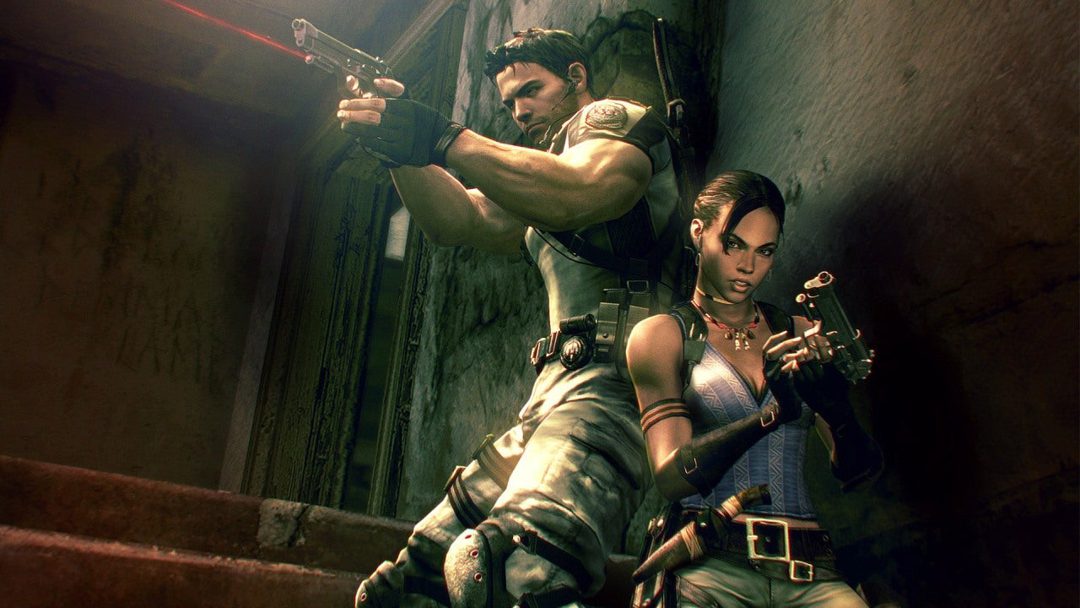 Resident Evil has always struggled with multiplayer. Many entries have tried, but few have succeeded. Resident Evil 5 took the series further away from its horror roots and deeper into the action genre, but it did so with a remarkable co-op campaign. Assuming you are playing with a friend and not the terrible AI, there was a lot of fun to be had machine-gunning and boulder-punching your way through this ridiculous campaign. While we wouldn’t recommend it as a traditional Resident Evil experience, it’s still a fantastic time with a buddy. -- Tate Fiebing 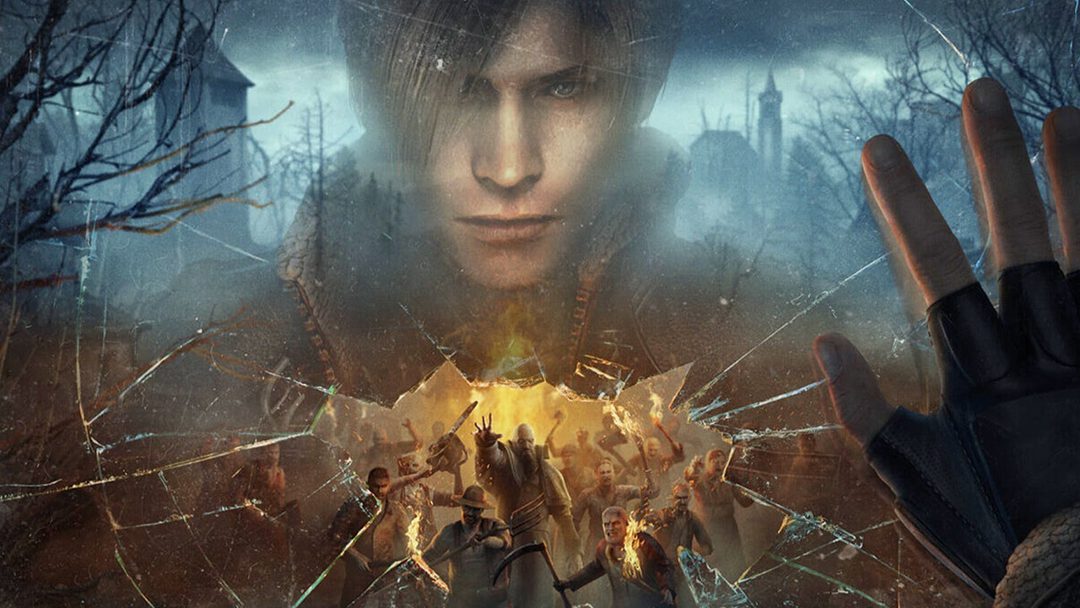 Resident Evil 4 VR excels in the medium even though it was never meant for it. While RE4 was not inherently a scary game, the VR variant adds a level of tension and suspense you would otherwise not get in the non-VR versions. With so many different play options to accommodate various VR play styles and the fact you can do things such as dual-wield two weapons, shoot two-handed weapons with one, or actually move and not stay in one place are some welcome changes that made exploring RE4 in virtual reality a true breath of fresh air.

Resident Evil 4 VR has been rebuilt from the ground up and plays almost like a completely new game. Even if it is missing the Separate Ways story mode, the addition of Mercenaries Mode and unlockable weapons and items (including the classic Chicago Typewriter) in a post-launch update has increased the value of RE 4 VR and helped strengthen the case that it’s one of the best RE4 ports yet. -- Taylor Lyles 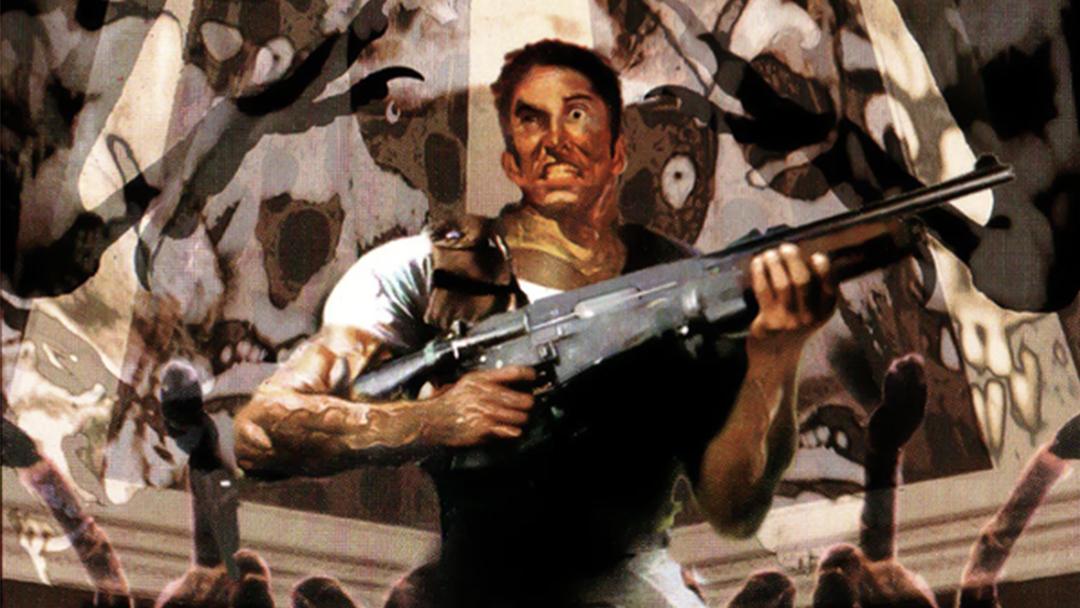 The graphics might be hard to look at when compared to the GameCube remake, and there are definitely areas of its short campaign that can be a bit of a hassle. But its overall charm and extremely campy presentation make playing this not only an itchy and tasty experience, but a memorable journey into the roots of one of the most prolific survival horror franchises. -- Nick Maillet 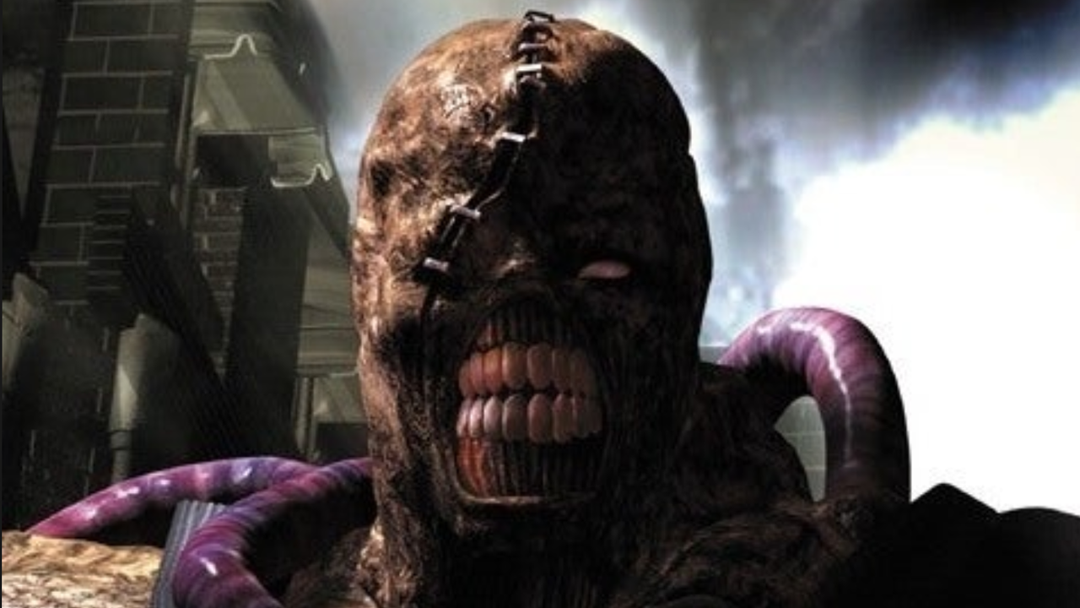 Resident Evil 3: Nemesis remains one of the most unique games in the series. It introduced many new gameplay elements that would shape the series moving forward. RE3 was the first game with ammo crafting, a mechanic that would continue to be expanded upon throughout the series. It also explored branching story paths with quick time events that forced players to choose between different options, making each playthrough feel unique.

However, its crowning achievement was the introduction of Nemesis, perhaps the most revered enemy in the entire series. The stalker enemy has seen many forms throughout the years, but Nemesis remains a fan favorite due to his incredible design and persistence throughout RE3. -- Tate Fiebing 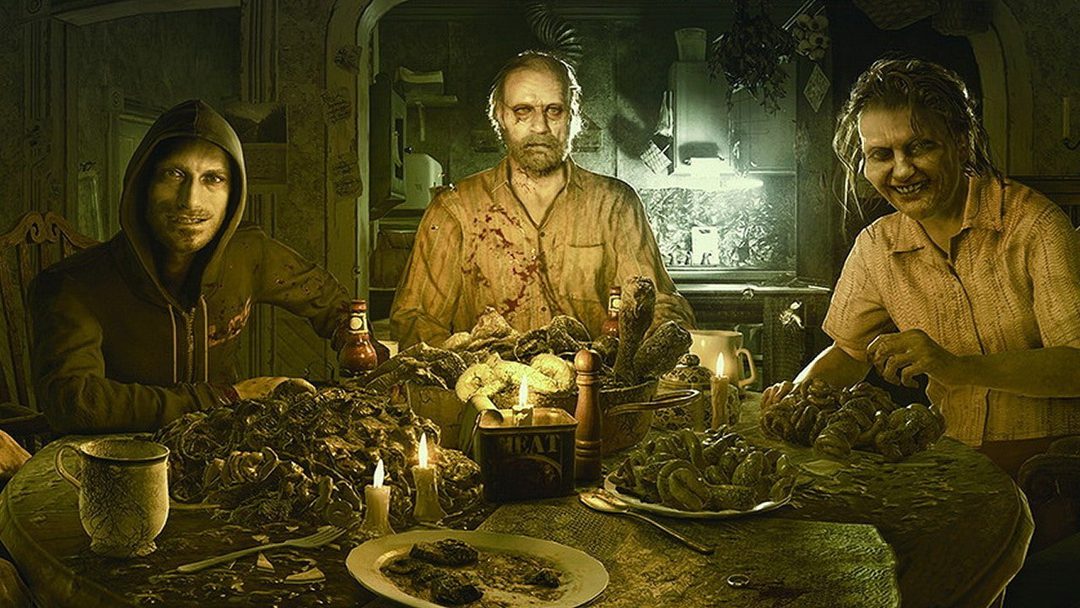 How do you reinvent a franchise that has already been reinvented several times before, all while retaining the core ideologies of what made it so great to begin with? Well, you do what games like Metroid, Fallout, and Warhammer did before it: You jump to first person! Resident Evil VII brought the series’ signature survival horror framework to a new perspective and lost shockingly little along the way.

Sure, the third act is a bit lackluster and the enemy variety is slim, but otherwise, Resident Evil VII’s setting, characters, puzzles, resource management, and story are just as fun, campy, and creepy as some of the best games in the series. Oh, and if you’ve got a compatible VR headset sitting around, playing through the campaign like that makes for one of the most tense and terrifying experiences the franchise has ever offered. -- Brian Altano 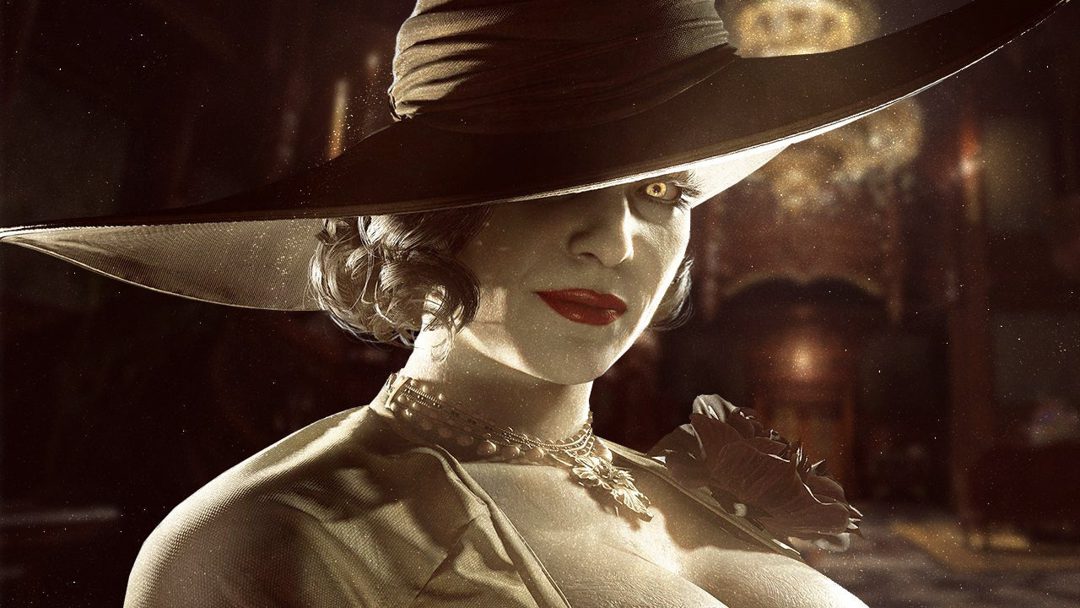 Resident Evil Village traded VII’s claustrophobia, padded length, and The Texas Chainsaw Massacre-esque family for a healthy dose of action, camp, and a return to a setting reminiscent of Resident Evil 4. And while Lady D certainly dominated the marketing material and meme generation, she only occupies a fraction of the playtime. There’s much more to Resident Evil Village, including House Beneviento (which stands among the scariest sequences in any Resident Evil game) and new archetypes of enemies (with gothic creatures such as werewolves and vampires replacing zombies).

With charismatic villains, an eminently replayable story, great action, and stellar locations, the most recent Resident Evil game proves this series is anything but a shambling corpse. -- Ronny Barrier 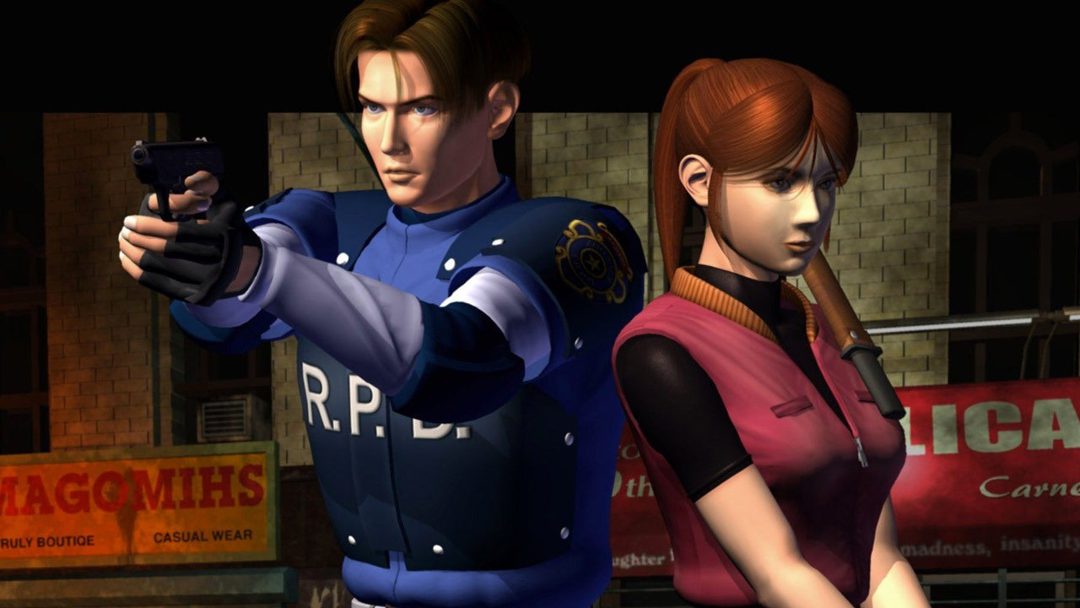 While the remake is just as good and arguably the more accessible (and approachable) way to experience Leon and Claire's hellish night in Raccoon City, the original Resident Evil 2 still offers a lot of distinction, charm, and fear that deserves to be experienced at least once in your lifetime. -- Taylor Lyles 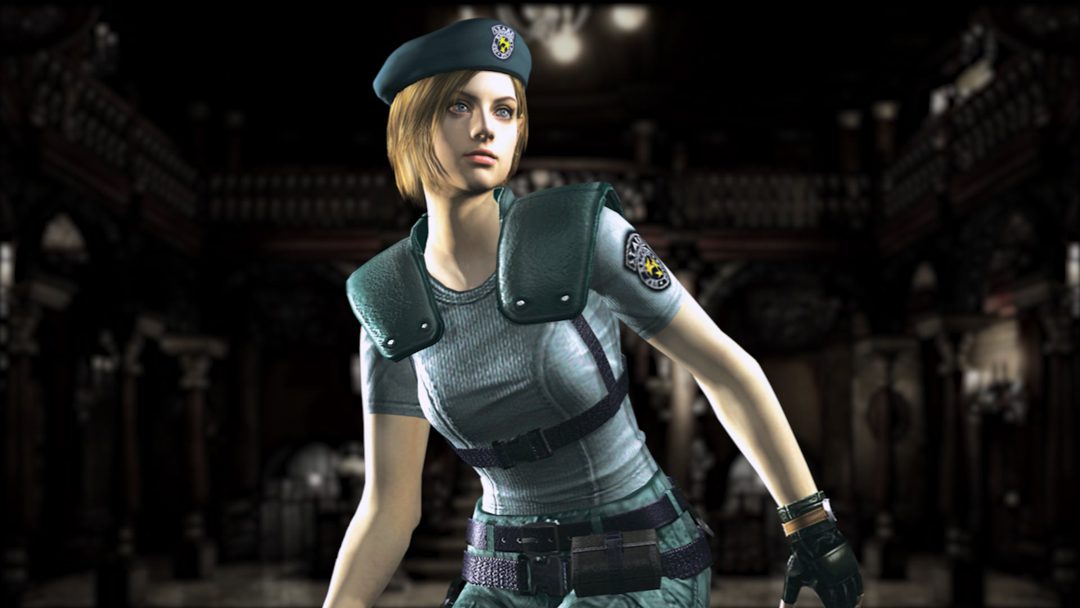 If there is one game in the series that perfected the tank control playstyle, it's 2002's remake of the original Resident Evil, the cream of the crop when it comes to an authentic Resident Evil experience before the shift to third and first-person perspectives.

Not only does the remake ditch the cheesiness found in the original game in favor of making it darker and more serious, but Resident Evil Remake also added plenty of new content that you otherwise would not experience in the original, such as the Lisa Trevor subplot. More importantly, the Resident Evil Remake takes a page from the handbook of the original Resident Evil 2 in making it a game that will keep you on the edge of your seat as you turn every corner, thanks to the atmosphere and ambiance of the Spencer Mansion along with the inclusion of a new enemy called Crimson Heads. -- Taylor Lyles 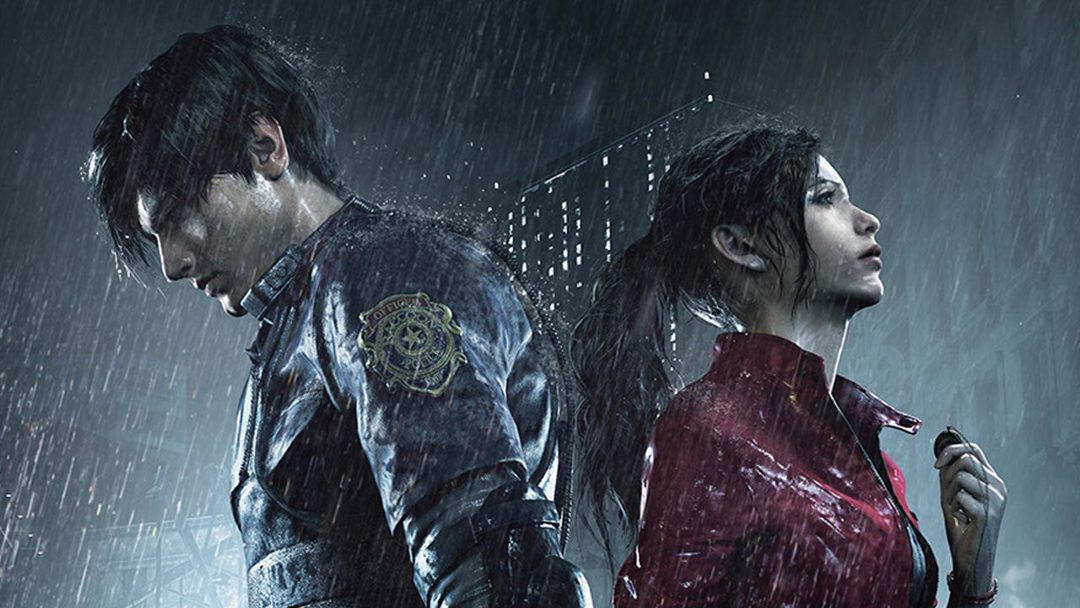 While Resident Evil VII brought the series back to its horror roots, Resident Evil 2 Remake perfected it. It's absolutely gorgeous to look at and contains some of the series' best pacing to date. It modernizes all the best parts of classic Resident Evil games for newcomers, as RE2R is updated with many of the best features from the newer installments: ammo crafting, an over-the-shoulder camera, and expandable inventory slots. For series veterans, it feeds off your familiarity with the iconic RPD and circumvents expectations in unique and horrifying ways. It's designed with so much care and intent. Easter Eggs are sprinkled throughout the station, accompanied by so many updates that fit so perfectly it's easy to forget they weren't present in the original.

Of course, police officers would get between floors of the department with stairs instead of a ladder, like in the original. It also makes too much sense that a precinct this size would have bathrooms! Perhaps its best achievement was the organic way in which Mr. X chases you through the police station. The tension he creates is palpable, and his mechanics make for some of the series' best-unscripted scares that catch you off guard during exploration. His presence alone keeps additional playthroughs from getting repetitive and maintaining the horror. -- Tate Fiebing 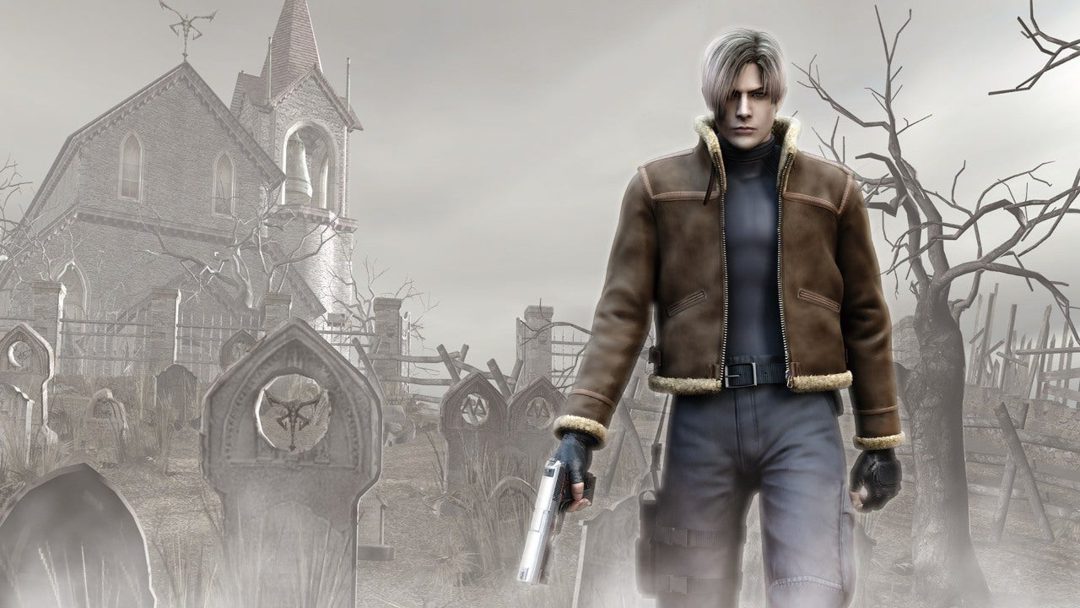 The Resident Evil series has transitioned perspectives and genres a lot, but no single entry was as revolutionary of a jump as Resident Evil 4. Evolving the Resident Evil games from locked camera angle survival horror games with tank controls to a third-person survival horror action game was nothing short of brilliant. Resident Evil 4 was and still is an absolutely incredible, near-perfect video game. The campaign is massive and packed with gigantic bosses, epic setpieces, and locales, matched only by the precision-perfect gameplay that gives the player a ton of weapons and actions to utilize against hordes of horrible enemies.

There was really nothing like it at the time and it not only changed the course of survival horror games forever, it also inspired the third-person action game genre - and eventually, Resident Evil Village. Modern players approaching it for the first time today might be slightly put off by its lack of run-and-gun gameplay, but if they can adapt to the stop-and-shoot (and kick, grenade, knife, and suplex) style of action, they’ll be rewarded with one of the greatest single player campaigns to ever grace a video game. -- Brian Altano
Ad